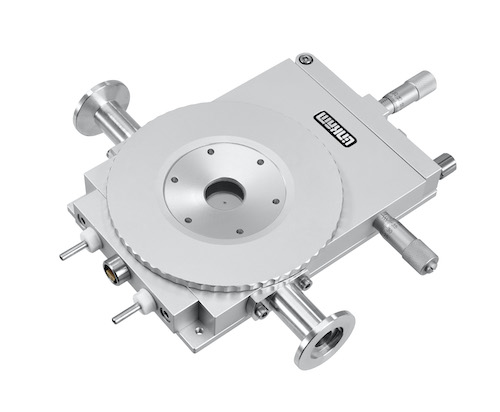 The first study of its kind reports on the enhancement of skin permeability of risperidone (RIS) using eutectic systems.

A recent study undertaken at the University of Petra in Jordan describes for the first time the formation of room temperature therapeutic deep eutectic solvent (THEDES) of RIS, an antipsychotic drug that is used in the treatment of schizophrenia, mixed and manic states associated with bipolar disorder and irritability in children and adolescents with autism.

RIS is commercially available as a conventional tablet, disintegrating tablet, oral liquid solution and long-acting intramuscular injection. It is thought that creating a transdermal drug delivery system (TDDS) for RIS may help improve its bioavailability, which is typically low. The conversion of the active pharmaceutical agent (API) into liquid form using deep eutectic solvents (DES) to form THEDES has been reported to have many formulation advantages, including enhanced skin permeation for transdermal drug delivery.

In this first ever study aimed at enhancing the skin permeability of RIS using eutectic systems, the researchers were able to achieve the formation of room temperature THEDES of RIS and some fatty acids using a simple method for preparation – potentially opening up opportunities for formulation innovation for this important pharmaceutical drug.

Freeze drying microscopy (FDM) can be used to determine the crystallisation, collapse and eutectic temperatures of pharmaceutical solutions intended to freeze dry. In this study, FDM was successfully used to follow the eutectic phase changes for the THEDES of RIS. These changes were captured using a Linkam FDCS 196 varying temperature control stage.

Faisal T. Al-Akayleh, Associate Professor at the University of Petra comments on the role of the Linkam stage in this research: “Eutectic systems’ phase changes are temperature-dependant, which we were able to control and monitor with the Linkam FDCS 196 stage. The stage provided valuable information regarding the phase change and transitions the drug undergoes as a function of temperature, clarifying the interpretation of the differential thermal analysis results.”

Duncan Stacey, Sales and Marketing Director, Linkam Scientific Instruments comments: “We are pleased that the FDCS 196 stage played an important role in the development of a novel liquid pharmaceutical formulation of RIS to overcome problems of poor drug solubility, dissolution and permeation. Hopefully, this work will lead to new formulations of RIS that will benefit patients around the world. The FDCS 196 is used in a wide range of research, from increasing the shelf life of drugs and vaccines, to food processing and preservation.”

About the University of Petra

Located in West Amman in Jordan, the University of Petra's campus houses 8024 undergraduate and graduate students in the faculties of Arts and Sciences, Administrative & Financial Sciences, Pharmacy & Medical Sciences, Information Technology, Architecture & Design, Law and Mass Communication and Faculty of Engineering. The University is a hub for creating knowledge through research, developing skills, applying knowledge to new technologies and technology transfer.

Linkam develops and manufactures a broad range of temperature and environmental control stages for both OEMs and end users. From high to cryo temperatures as well as humidity, electrical connections, gas purging, vacuum and pressure, for enhanced sample analysis. Linkam stages are used with light microscopes and a wide range of analytical techniques including Raman, FTIR, WAX/SAX and many more to visualise and characterise the properties of materials. Linkam stages are found in thousands of laboratories worldwide with the most successful microscope heating stage, the THMS600, selling over 6,000 units alone. Linkam is the market leader in temperature-controlled microscopy.