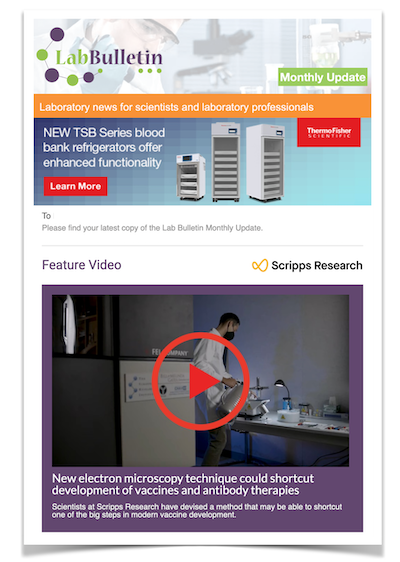 C4Diagnostics, Bertin Technologies, and Enalees announce the launch of their clinical trial of BEC-SARS-CoV-2 for humans, a rapid point-ofcare Covid-19 diagnostic test

C4Diagnostics, Bertin Technologies, and Enalees announce the launch of their clinical trial of BEC-SARS-CoV-2 for humans, a diagnostic test for Covid-19, developed jointly with Pasteur Institute.

The BEC-SARS-CoV-2 for humans test has been submitted to the authorities in accordance with French regulations, the detection process has been validated and a clinical trial has been launched by the consortium in order to obtain CE-IVD marking by the end of September. In the meantime, the test is available as RUO2. This sensitive, rapid, and portable diagnostic test relies on two innovative technologies for the extraction of viral RNA and its rapid detection using RT-LAMP. Due to its portable format, it can detect SARSCoV- 2 in human on site within 25 minutes (from collection to result) from a nasal or nasopharyngeal swab, with an endogenous control and two different target genes (in line with the World Health Organization and the French Health Authority (HAS) recommendations).

"The BEC-SARS-CoV-2 for humans test kit is based on the Enalees test concept that we have been using for 2 years to detect and curtail the transmission of respiratory diseases, on site, in domestic animals such as horses. In particular, our rapid viral RNA extraction technique validated previously on test kits for animal diseases is at the core of this new test kit. In addition, this test also uses a rapid molecular diagnostic technology based on RTLAMP, used in all Enalees test kits and during previous health crises such as Ebola or Zika by Pasteur Institute. We have adapted our standardised and optimised sample preparation and analysis procedures for human SARS-CoV- 2 diagnostic test in time to help manage the current health crisis. BEC-SARS-CoV-2 for humans therefore provides a proven solution both in terms of performance and ease of use. This integrated approach highlights the benefits of the One Health approach, combining the best of human, animal, and environmental health.

"While waiting for an effective vaccine against Covid-19, we must expand and facilitate population screening. To cope with the current health crisis, a diagnostic test kit such as BEC-SARS-CoV-2 for humans is particularly suitable for scenarios where access to a diagnostic laboratory is difficult or even impossible (at sea, for instance), and/or where test results must be determined immediately for on-site testing of asymptomatic individuals who may be potential Covid-19 carriers (for example, before using public transport such as planes, trains, etc.). The ability to carry out field testing of people in a rapid, easy, and robust way is a major step forward for Covid-19 rapid screening campaigns. The results we have obtained are currently being tested in a prospective clinical trial led by Pasteur Institute in several clinical centres. The clinical data will confirm the sensitivity and specificity of our diagnostic test and we expect that BEC-SARS-CoV-2 for humans will receive its CE-IVD marking by the end of September".

"Like the vast majority of products developed by Bertin Technologies, this test, developed and produced in France, meets our esteemed quality standards. The BEC-SARS-CoV-2 for humans test kit complements the one we developed and marketed jointly in May 2020 for the detection of the SARS-CoV-2 in the environment. Used in conjunction with our Coriolis air sampler, the BEC-SARS-CoV-2 for the environment test kit provides a comprehensive solution for analysing environmental contamination. Combined, the two BEC-SARS-CoV-2 tests allow the detection of Covid-19 in a contaminated person's social group and in their environment. This dual approach is key to stopping all new outbreaks of SARS-CoV-2 in a controlled and localised way".

2 RUO: Research Use Only

ABOUT THE BEC-SARS-CoV-2 for humans TEST KIT

This field diagnostic test kit uses RT-LAMP technology which has an equivalent sensitivity to RT-PCR for the detection of SARS-CoV-2. RT-LAMP is an amplification method which, unlike traditional RT-PCR, does not require temperature cycles for the amplification of RNA. The advantages of this technique are highlighted in its speed, ease of use, and robustness.

Amongst the various existing isothermal amplification methods, LAMP has gained particular popularity over the last few years. As an example, the WHO recommended its use for the diagnosis of tuberculosis.

In terms of robustness and performance, this test satisfies the requirements of the French National Health Authority (HAS). It has two viral target genes for better sensitivity and specificity, and an endogenous positive control to ensure both the quality of the sampling technique and the correct functioning of the test and equipment, thus limiting the number of false negatives.