The Future is in Cells 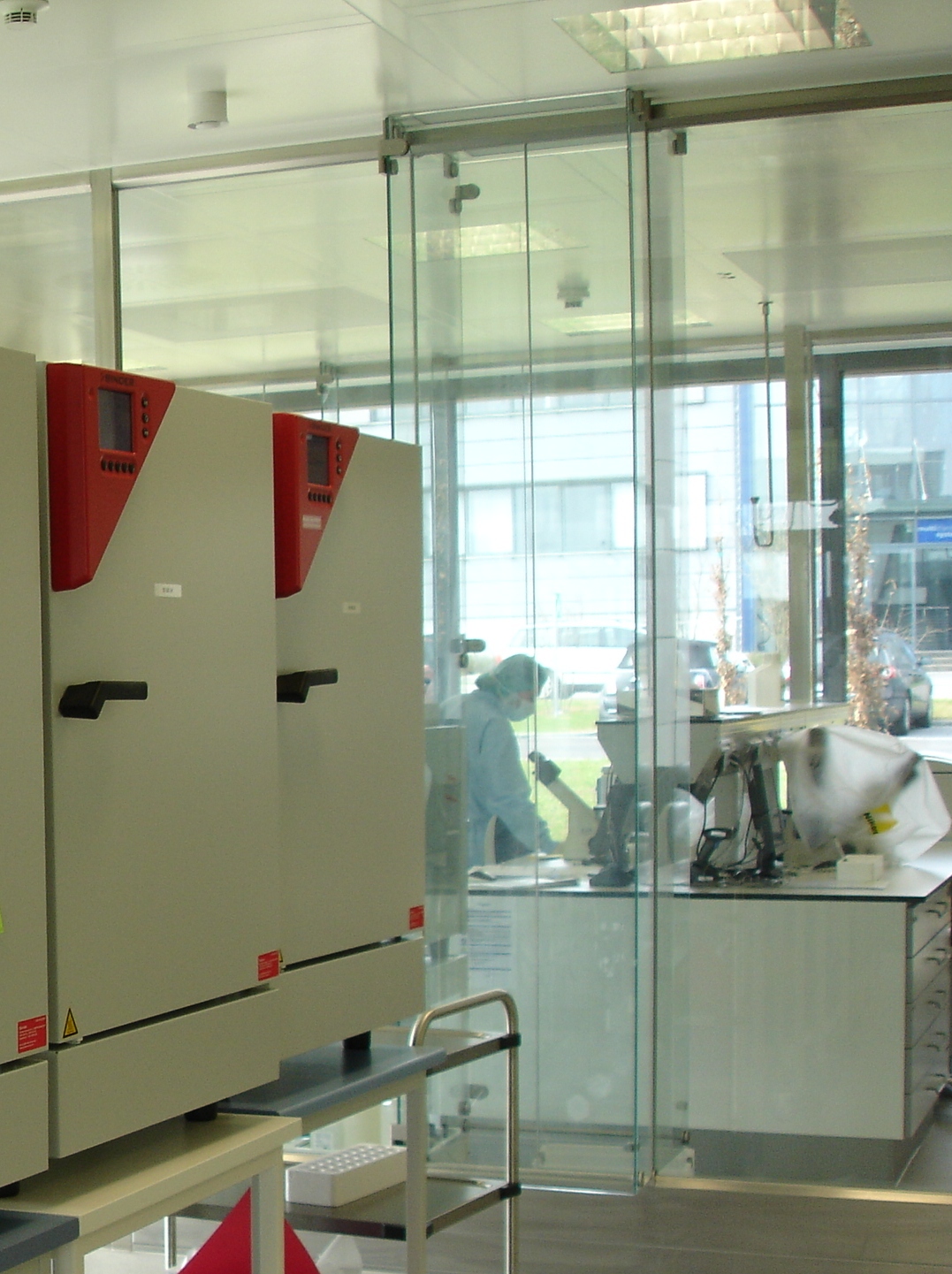 Never say never again. This James Bond movie title certainly applies to medical research. Only a few years ago, cultivating joint cartilage tissue for transplants as a way of using the body's own tissues to heal cartilage damage caused by sports injuries in knee and ankle joints was thought to be impossible. Today researchers have already set their sights on spinal discs. More than 200 million people around the world suffer from illnesses related to the skeletal system. Approximately 1.85 million arthroscopic surgeries are performed every year in the USA and Europe, and 350,000 knee endoprostheses are implanted. Being artificial structures, implants are always associated with the risk of rejection by the patient's body. To prevent this risk, patients must often take immunosuppressant drugs, sometimes for their entire lives. For young people in particular, there is also the risk that the implant will wear out over time, thus necessitating a new operation. In light of this situation, two emergency surgeons in Reutlingen founded a company in 2000. Their goal was to replace implants with transplants for young people, in other words to use the body's own tissue rather than artificial materials. Transplants eliminate the risk of rejection. The body's natural healing power supports the healing process. The two founders named their company Tetec - TE for tissue engineering and TEC for innovative technology. Tetec AG is a subsidiary of Tuttlingen-based Aesculap AG. From its initial core group of three people, the company has grown into an interdisciplinary, 30-person organization, and is experiencing very successful growth.

Healing with the patient's own tissue: Hyaline cartilage

One of Tetec's specialties is the cultivation of hyaline cartilage as transplant material for knee and shoulder joint injuries. Hyaline cartilage forms a protective layer over the joint bones. It softens the contact point between the bones, acting as a sort of shock absorber. There is still no artificial material that can equal cartilage in terms of its elasticity, stability, and resistance to friction. The problem is that joint cartilage cannot regenerate or grow further once damage has occurred due to injury. Over time this leads to pain, with the patient forced to expect arthritis and stiffening of the joints, and ultimately an artificial joint replacement. Until now, there have been two options for surgical treatment of smaller injuries. In the case of micro-fractures, the bone located below the injured area is broken open. Blood, bone marrow, and stem cells can enter through the opening and fill the injured area with scar tissue. This tissue is not identical to the original cartilage, however, and is much less durable, for example. In another method, known as osteochondral transplantation, a cylinder of bone is removed from healthy joint cartilage and implanted in the injured area. The advantage of this method is that a large portion of the injured area can be treated with the body's own cartilage. The less durable scar tissue forms in the gaps between the bone cylinders, however. Arthritis may also occur at the removal site if too much bone cylinder was removed. All of these disadvantages are eliminated with cartilage cell transplantation as developed by Tetec and offered in Europe.

In general, regenerative medicine methods are characterized by three steps: First, a small amount of tissue is removed from the patient. This tissue is then used to cultivate the body's own cells, which are ultimately reintroduced into the patient. It may sound simple, but it is a carefully planned process that requires a high level of precision. Aesculap AG, working in cooperation with Tetec, offers special training sessions to prepare physicians for the surgical portion of the method. In an initial operation, the physicians remove two 4 mm bone cylinders adjacent to the actual injured area. These cylinders consist of both bone and cartilage mass. The cylinders are placed into a special solution for transportation, and are sent to Tetec in temperature-controlled transport boxes. The time period between removal from the patient and arrival at Tetec is less than 24 hours for domestic cases and less than 48 hours for international. The validated system ensures that transportation is as gentle as possible. As soon as the specimens arrive at Tetec, they are transported through a series of airlocks into a clean room with the highest clean room rating. Here employees prepare the cell specimens in isolators. The cell portion in the removed specimens is approximately 3%, which corresponds to 10,000 to 50,000 cells. These cells are placed in a CO2 incubator, which grows them into approximately 20 million cells within three weeks.

Tetec uses CO2 incubators manufactured by BINDER GmbH in Tuttlingen. "The BINDER CO2 incubators provide total reliability in creating the necessary conditions for cell cultivation. We need 37 °C and 5% CO2 for optimal cell growth. Every 10th of a degree counts, because every extra degree endangers the cells. They get a "fever," and in the worst case scenario, they die. For the patient, this would mean having to go through the entire procedure again. That is why the reliability and precision of the CO2 incubators is so important to us," explains Dörte Keimer, manager of the Tetec laboratory. The company has 23 CB 210 series CO2 incubators in its laboratory, and seven more in its facility. These have been customized for Tetec, and consist of nine compartment doors instead of the usual six. The 9 compartments allow cells to be stored separately for each patient. Clean room space is expensive. The ability to stack the devices was an important factor for Tetec, because the number of incoming orders is growing constantly. The extremely efficient insulation of the CO2 incubators makes this possible. Even hot air sterilization at 180°C has no effect on the climate in the adjacent cabinets. Hot air sterilization is performed once per month. "It makes cleaning extremely easy and standards-compliant," says Keimer in praise of the unit. Maintaining a sterile environment is the top priority everywhere. "We've never had a case of contamination." A new scanning system also ensures that specimens are not mixed up, and that each patient actually receives his or her own tissue. The technology is supplemented by the "two-person-control system": Employees always work in teams of two to ensure maximum safety. If enough cells have been cultivated after three weeks, then they are packed in carrier material for transport. This membrane was specially developed for Tetec. The transplant reaches the operating room by the same route of sterile transport containers and using the validated transportation system. The physicians in the operating room can then trim the transplant to size and implant it. The timing of the operation is precisely coordinated so that the second operation can be performed on the same day of the week as the first. This is done because many physicians have reserved beds in the hospitals and regularly scheduled surgery days.

Setting their sights on spinal discs

In its research, Tetec AG works together with joint venture partners in clinical, academic, and industrial settings. Its goal is to refine biological cartilage reconstruction, with a special focus on spinal discs. In November 2008, Tetec purchased a new building that was designed and built based upon the technical state-of-the-art, and planned to accommodate future growth. The company receives support from its parent company, Aesculap AG. BINDER GmbH supplies it with the latest CO2 incubators, and customizes the equipment as necessary to ensure optimal cell growth.