A voyage of discovery: exploring the role of HMGB1 in trauma pathology 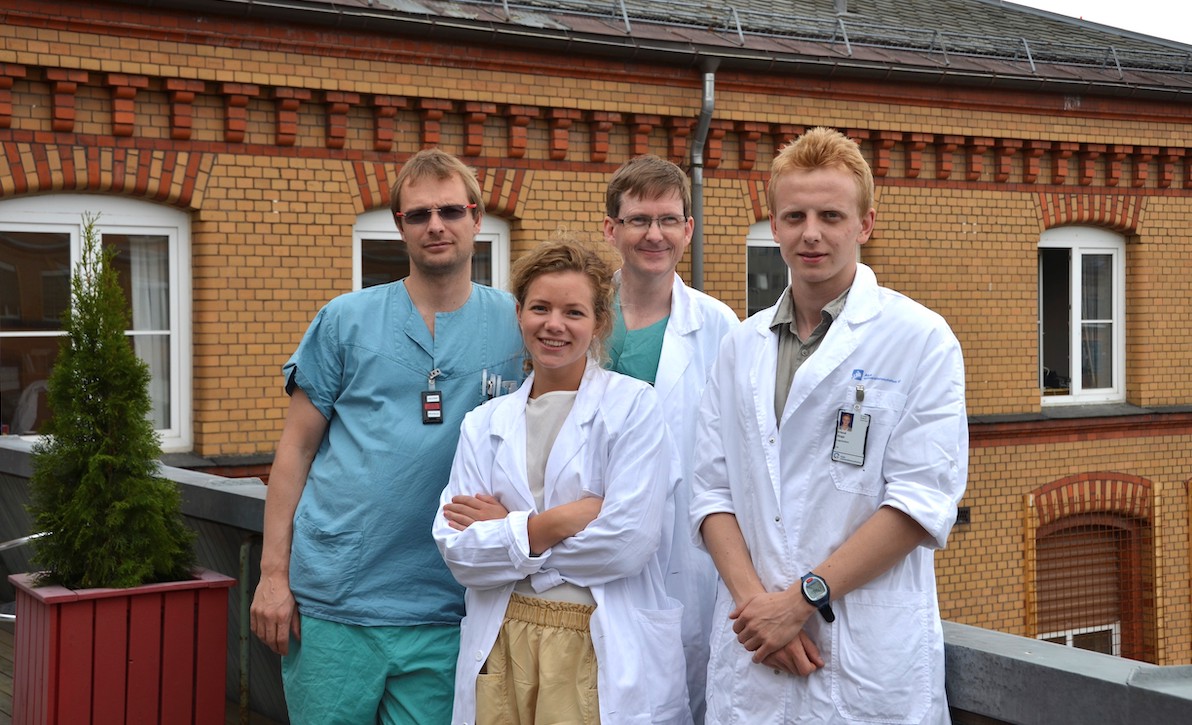 Trauma is the main cause of premature death internationally, resulting in more deaths in people under 40 years of age than all other causes combined. Even trauma victims that are taken to hospital have a high mortality rate, in part due to massive systemic inflammatory reactions leading to the dysfunction of organs that were not initially injured. A team at Oslo University Hospital in Norway has been investigating the role of the protein HMGB1 (High Mobility Group Box 1 Protein) in the development of trauma pathologies, and its potential as a clinical biomarker or therapeutic target in these cases.

Oslo University Hospital, Ullevål (OUHU) is the major trauma center for half of Norway. Affiliated with the University of Oslo, OUHU is also a large research institution, conducting lab-based research in fields such as cancer, cell biology and cardiovascular disease. Dr Torsten Eken is a Senior Consultant Anesthesiologist in the Department of Anesthesia and Intensive Care at OUHU – as well as Professor at the Institute of Clinical Medicine at the University of Oslo – and has a long history of working with trauma patients. He explained his interest in HMGB1: “Over the first few days in intensive care, critically injured patients may begin to exhibit symptoms similar to sepsis, experiencing remote organ failure in areas of the body that had not originally been damaged. I began investigating the possible underlying causes of these pathologies, leading me to look at HMGB1 as a possible driving force behind remote organ failure and delayed mortality.”

HMGB1 is a nuclear protein that, under normal physiological conditions, binds and bends DNA strands as part of the normal process of DNA organization and transcription. However, cells release HMGB1 into the extracellular environment when exposed to stress factors such as hypoxia, contributing to disease pathogenesis and inflammation. HMGB1 is also released passively from damaged cells, serving as a necrosis marker. Consequently, HMGB1 has gained attention as a potentially important marker for the progress of organ failure after trauma, and as a predictor of clinical outcomes over recent years. Torsten’s aim was to capture the dynamics of HMGB1 release from as early on as possible and throughout a patient’s illness, ideally establishing HMGB1 as a prognostic marker for trauma pathology and preparing for the development of HMGB1 antagonist-based therapy. In 2011, the critical care team began to assemble a biobank, initially collecting blood samples from around 150 trauma patients. For each individual, they took samples upon arrival in the emergency room, then at two-hour intervals for the first eight hours, and every morning in the ICU.

The team then performed quantitative analyses using Tecan’s HMGB1 ELISA Kit to examine fluctuations in HMGB1 levels during illness. “We began using the Tecan HMGB1 ELISA Kit from the very beginning of our research,” Torsten continued. “It was the de facto standard for HMGB1 analysis and had previously been validated for a number of diseases and sample types, so it was an obvious choice. It was already in use in other labs in our hospital and allowed us to compare the results of our research with other studies done on trauma and sepsis.”

Screening the biobank with the HMGB1 ELISA Kit produced surprising results for the team. All patients showed high initial HMGB1 levels at admission, but HMGB1 had a half-life of only 26 minutes, and was cleared from their systems extremely quickly. What’s more, the most severely injured patients displayed a second wave of HMGB1 – a biphasic release – peaking three to six hours after the initial trauma. Injury severity and the level of physiological derangement are classical predictors of disease outcome, but the second HMGB1 wave rendered them statistically insignificant in multivariable analyses. The researchers therefore speculated that the second wave of HMGB1 release could be a mediator of the combined detrimental effects of anatomical injury and physiological derangement after trauma, making it a predictor of delayed mortality.

William Ottestad is a Consultant Anesthesiologist at OUHU and works within the Air Ambulance Department for the Helicopter Emergency Medical Service. He completed his PhD in 2020 and is part of the team studying the links between trauma pathology and HMGB1. He added: “We think that the second wave is not just a delayed release, but that it has a different biology, so it's probably a distinct HMGB1 isoform. The next logical step is therefore to perform isoform analysis on both the first and second wave proteins. Unfortunately, this is very difficult to achieve using mass spectrometry, but we hope for the development of high throughput immunoassays for HMGB1 isoforms in the future. We believe that such an assay would give us clinically relevant results far sooner, which could have a large influence on the treatment of trauma patients, as well as allowing us to track the impact of different treatment options on the patient’s condition.”

Torsten outlined the next steps on their journey: “This discovery holds a lot of promise, because it's highly predictive, and it seems we can influence the outcome in some experiments. There appears to be a small but clinically accessible time window where it may be possible to limit progression of the disease. So far, most of the research has been carried out with rat and mouse models, but it is challenging to extend these models to prolonged intensive care in humans. We are therefore refining a large-animal model in deeply anaesthetized pigs with multiple injuries, including femur fracture and lung contusion, as well as hemorrhagic shock. We want to explore the HMGB1 kinetics in this model to see if we can reproduce the second wave that we have seen in our human patient population. If we succeed, we would like to go on and introduce HMGB1 antagonism as well, paving the way for future clinical trials.”

Tecan HMGB1 Express ELISA is CE-IVDD marked in Europe, and may not be available in all countries. Please contact your local Tecan office