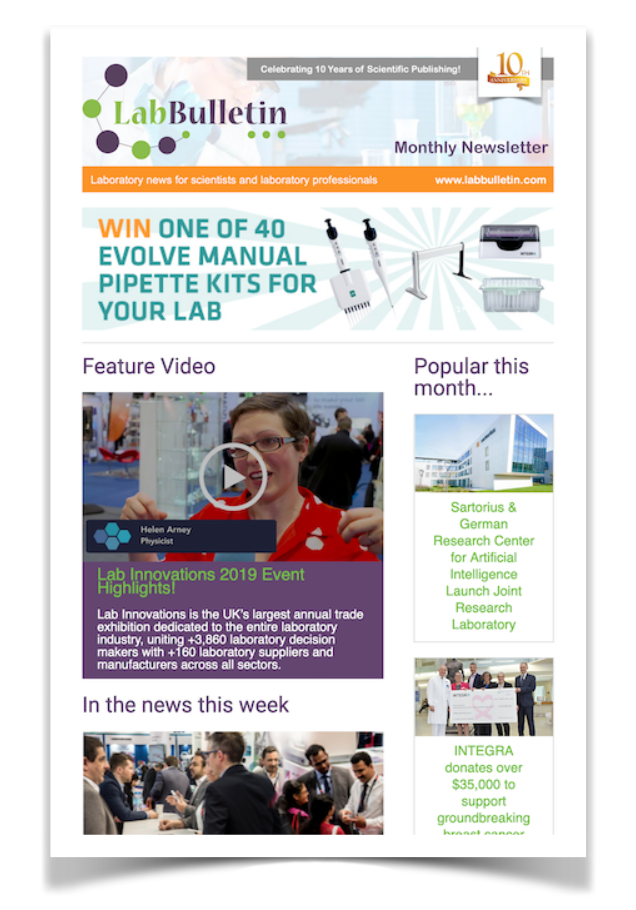 The University of Birmingham has won funding for a powerful new piece of technology called a spectrometer which will allow scientists to better gain insights into the molecular basis of human health – including the progression of cancer and infectious diseases.

The spectrometer, which will operate at a strength around 500,000 times stronger than the earth’s magnetic field, will be installed at the University of Birmingham’s Henry Wellcome Building for Biomolecular Nuclear Magnetic Resonance as part of a £20 million investment from four of the UK’s research councils, led by the Engineering and Physical Sciences Research Council (EPSRC).
The new 1GHz spectrometer uses Nuclear Magnetic Resonance (NMR) - an analytical technique that allows the study of the structure and behaviour of molecules in exquisite detail. NMR can be used in a wide range of areas from physics and chemistry to biomedical science, including allowing for the real-time measurement of cancer cell metabolism. This technique allows scientists to better understand the structures and mechanisms in proteins and other biomolecules, which is often essential for the development of new drugs.
The spectrometer will secure the University of Birmingham’s place as an internationally leading centre for NMR research for the next decade. Lead applicant Professor Ulrich Günther, of the University of Birmingham’s Institute of Cancer and Genomic Sciences, said: “The 1GHz technology will be a crucial step-change for the UK NMR community. “At the University of Birmingham, scientists will benefit from a unique line-up of magnets at a single location which is not available anywhere else in the UK and only in very few places in Europe.”
Professor Tim Softley, Pro-Vice Chancellor for Research and Knowledge Transfer at the University of Birmingham, said: “This exciting award will integrate with the strategic priorities outlined in our Life Sciences strategy. "Not only will it give researchers at Birmingham and around the UK an exquisite tool to study challenging problems in structural biology, chemical biology and metabolism, it will serve as a catalyst for attracting scientists to this campus and boost the leading-edge research infrastructure in the immediate vicinity of the Birmingham Life Science Park development. “This means new opportunities for translational science and for exploiting world class research to improve patient outcomes.”
The University of Birmingham has already pioneered scientific activities driven by NMR, including the opportunity to decipher how metabolism is regulated in human cells at molecular levels.
The £20m investment was announced by EPSRC on behalf of three other research councils, the Biotechnology and Biosciences Research Council (BBSRC), Medical Research Council (MRC) and Natural Environment Research Council (NERC), who have supported the funding and also form part of UK Research and Innovation (UKRI), a non-departmental public body funded by a grant-in-aid from the UK government.
UKRI’s Chief Executive, Professor Sir Mark Walport said: “The UK’s global stature in research and innovation is founded on access to internationally competitive infrastructure. “This investment means researchers will have new systems that provide greater sensitivity and a greater understanding of molecular structures, with potential impacts in pharmaceuticals, biomaterials, materials science and biotechnology.”
The £20 million investment will be divided between eight Universities including Birmingham, Liverpool, Warwick, Oxford, Edinburgh, Leicester, Nottingham and Sheffield.
The Universities of Birmingham and Leicester formed a strategic alliance to apply for the EPSRC funding.
Professor Geerten Vuister, of the University of Leicester, said: “It is very stimulating to team up with Professor Ulrich Günther at the University of Birmingham.
“The University of Birmingham’s new 1GHz spectrometer will be a crucial step-change for the UK NMR community, and at Birmingham scientists will benefit from a unique line-up of magnets at a single location, that is available nowhere else in the UK and only in very few places in Europe.”