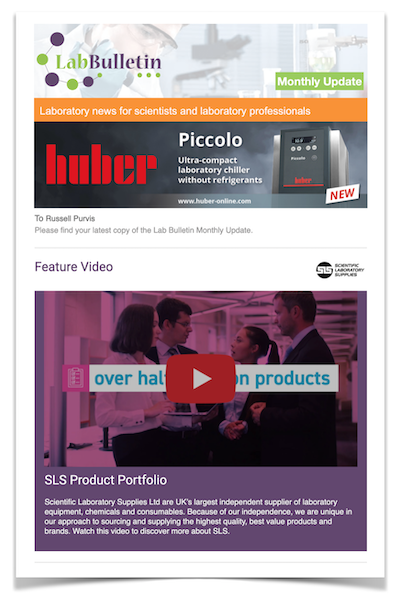 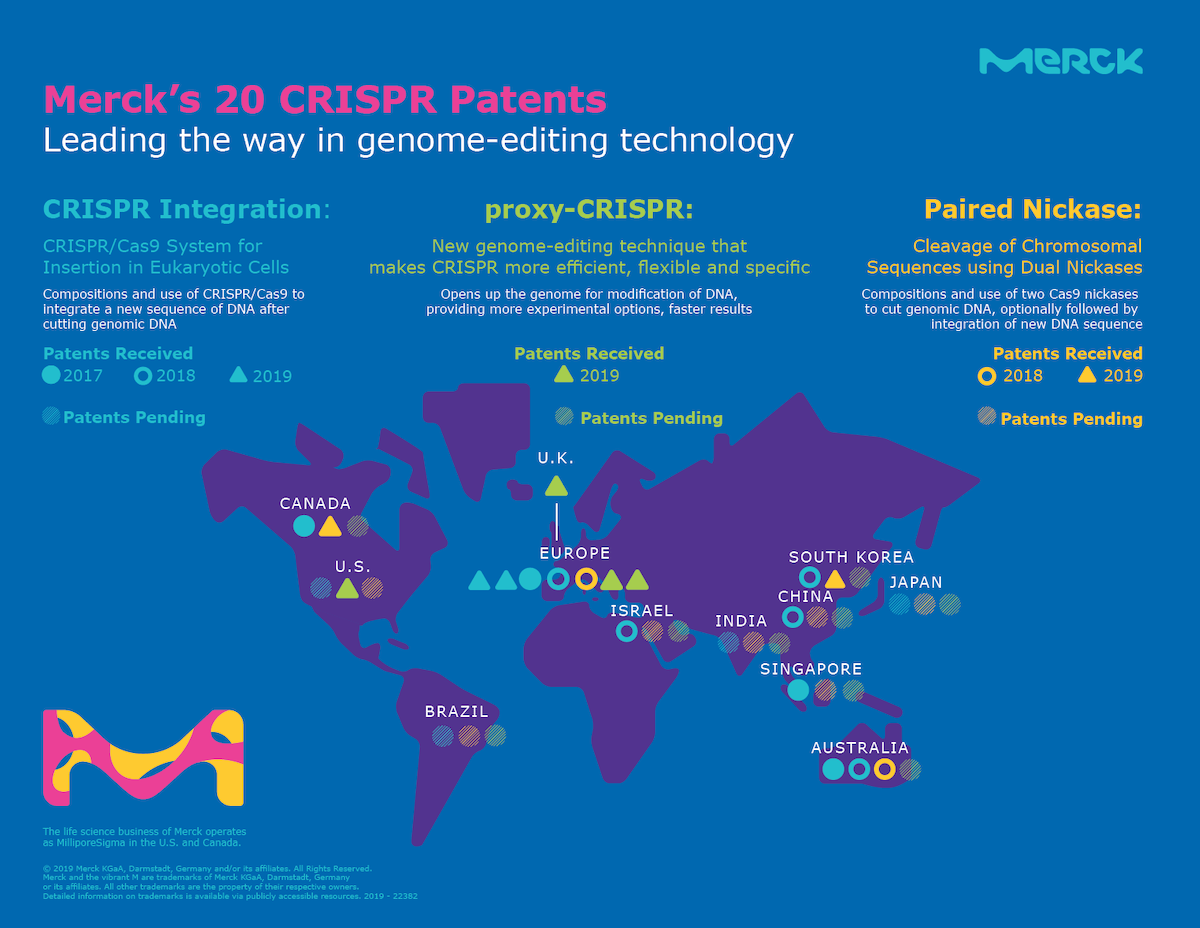 “It is encouraging to see this important body of scientific work recognized with the grants of these latest CRISPR patents,” said Udit Batra, member of the Merck Executive Board and CEO, Life Science. “Our ambition is to continue growing our CRISPR intellectual property portfolio with technologies such as paired Cas9 nickases, for reducing off-target effects, and proxy-CRISPR, which offers researchers more experimental options to accelerate drug development and access to new therapies.”

Details on Merck’s latest CRISPR patent awards are as follows:

In addition to Europe, Israel, U.K and South Korea, Merck has CRISPR-related patents in the following regions: U.S., Canada, Australia, China and Singapore. The company was awarded its first foundational patent in Australia covering CRISPR integration in 2017, and its first U.S. CRISPR patent for proxy-CRISPR in 2019.

Earlier, Merck announced different CRISPR patents in Europe in 2017 and in South Korea and Israel in 2018.

On July 18, 2019, Merck announced a CRISPR licensing framework with Broad Institute of MIT and Harvard to offer non-exclusive licenses to CRISPR IP under their respective control for use in commercial research and product development. This new framework aims to simplify and accelerate scientific access to CRISPR IP.

On July 19, 2019, Merck filed a petition with the U.S. Patent and Trademark Office requesting an interference proceeding between CRISPR-Cas9 patents the company applied for in 2012 and patents that UC Berkeley has applied for or been awarded.

Merck has been at the forefront of innovation in the field for 15 years, with experience spanning from discovery to manufacturing.

As both a user and supplier of genome-editing technology, Merck supports research with genome editing under careful consideration of ethical and legal standards. Merck has established an independent, external Bioethics Advisory Panel to provide guidance for research in which its businesses are involved, including research on or using genome editing, and has defined a clear operational position taking into account scientific and societal issues to inform promising therapeutic approaches for use in research and applications.

Merck, a leading science and technology company, operates across healthcare, life science and performance materials. Around 52,000 employees work to make a positive difference to millions of people’s lives every day by creating more joyful and sustainable ways to live. From advancing gene- editing technologies and discovering unique ways to treat the most challenging diseases to enabling the intelligence of devices – Merck is everywhere. In 2018, Merck generated sales of €14.8 billion in 66 countries.

Scientific exploration and responsible entrepreneurship have been key to Merck’s technological and scientific advances. This is how Merck has thrived since its founding in 1668. The founding family remains the majority owner of the publicly listed company. Merck holds the global rights to the “Merck” name and brand. The only exceptions are the United States and Canada, where the business sectors operate as EMD Serono in healthcare, MilliporeSigma in life science and EMD Performance Materials.