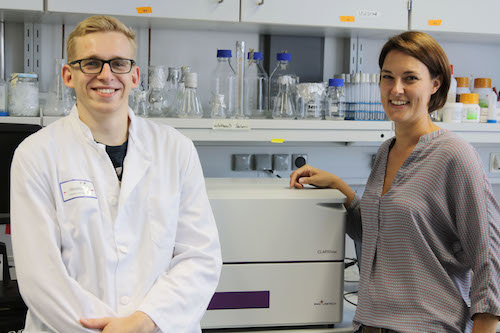 The teams will compete at the iGEM Giant Jamboree held at the Hynes Convention Center in Boston, attended by 300 teams from around the world.

“Supporting the iGEM teams is a reflection of BMG LABTECH’s commitment to scientific education. The ideas and research approaches developed by this challenge are giving hope to push the synthetic biology to new levels,” says Tobias Pusterla, the company’s International Marketing Manager. BMG LABTECH is pleased to offer a microplate reader to the teams of the University of Freiburg (Germany), the Imperial College (UK), the Manchester University (UK) and the Newcastle University (UK).

The four teams work all summer long on their novel and exciting projects in synthetic biology. The group at the University of Freiburg is using the CLARIOstar® microplate reader to develop a method combining the specificity of antibodies and the durability of nanoparticles in a single application. The team’s aim is to find an ability to target specific disease-associated cells while not affecting their surroundings and healthy tissues by distributing medication throughout the whole body.

The Imperial College in London constructed a project which could be from further importance for future iGEM teams, using the FLUOstar® Omega microplate reader. Their aim is to develop a framework with co-cultures to provide a standardized approach that enables to spread complex circuits and pathways across multiple microbial populations. Moreover, they want to demonstrate the effectiveness of the system by applying it to a critical challenge, such as renewable chemical and material production, waste treatment, or bioremediation.

The iGEM team at the Manchester University has chosen a project to prevent and reduce undesired consequences of alcohol consumption. The group is working with a FLUOstar® Omega microplate reader to develop an alcohol patch which generates a visible colour change according to blood alcohol concentration. Based on the knowledge that the ethanol concentration in sweat is linearly related to the blood alcohol concentration, the aim is to create an ethanol biosensor by using synthetic biology with two separate methods to measure intoxication levels.

The success of the Newcastles’ iGEM team, with the production of a functional circuit, will provide the foundation for a new breed of science, fusing together biological and electronic technologies. The FLUOstar® Omega microplate reader is used to build a circuit that allows synthetic biologists to combine bacterial and electronic components to create electro-biological circuits, offering an exciting new fusion of synthetic biology and computer science.

BMG LABTECH is at the forefront of microplate reading technology, its products offering many types of bioanalytical measurement techniques including fluorescence intensity, fluorescence polarization, luminescence, time-resolved fluorescence, UV/Vis absorbance, AlphaScreen®, and nephelometry. All microplate readers are manufactured and tested at BMG LABTECH’s headquarters in Germany, which guarantees their precision, reliability, and robustness.

The iGEM competition is an annual, worldwide, synthetic biology event aimed at undergraduate university students, as well as high school and graduate students. At the Giant Jamboree, iGEM teams compete for various awards. These awards range from Medals to Track Awards to Special Prizes for the finalists. The three finalists will be selected based on their overall excellence of their entire project, from choice of project, presentation, to the success and impact of the project, to consideration of issues of Human Practices.