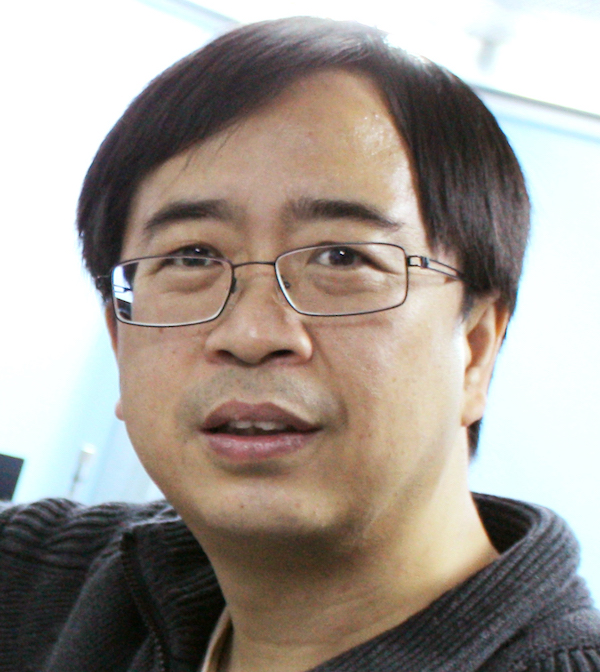 Jian-Wei Pan, Professor at the University of Science and Technology of China, in Hefei, is the winner of the prestigious ZEISS Research Award 2020. He is one of the world's leading researchers in the field of quantum technology.

One of the most remarkable results of Jian-Wei Pan's research is the distribution of entangled photons over a distance of 1,200 km, by far the longest distance ever reached. He achieved this using a light source that is installed on a satellite and emits entangled photons.

Entangled photons can be used as a resource for many applications. They can be used in conjunction with quantum cryptography to enable two parties to exchange a secret key. According to the laws of quantum mechanics, key exchange security is based on this: every attempt made by an eavesdropper to read the exchanged photons disrupts their quantum state, and can be discovered by the communicating parties. If a secret key is exchanged, it can be used to encrypt an email or secure a bank transfer.

In contrast to quantum cryptography, classic key exchange processes are based on the assumption that certain mathematical problems are difficult to solve. If a computer's performance increases faster than anticipated, or a faster algorithm is found to solve these mathematical problems, security can no longer be guaranteed. Professor Pan's research could therefore help to make our communication more tap-proof in the future.

In addition, Jian-Wei Pan has also contributed significantly to the development of optical quantum computing. He creates complex quantum states of light, such as ensembles of up to ten entangled photons, or indistinguishable photons from many simultaneously operating single photon sources to perform boson sampling experiments. These experiments lay important foundations for optical quantum computing. The research work shows a way to scale up such systems and thus to make practical use of their advantages.

The ZEISS Research Award is presented every two years and has been allocated 40,000 euros in prize money. The selected candidates should have already demonstrated outstanding achievements in the field of optics or photonics. They should still be actively conducting research, and their work should offer major potential for gaining further knowledge and enabling practical applications.

The ZEISS Research Award is normally presented during the ZEISS Symposium, which is also held every two years. In light of the current developments related to the coronavirus, ZEISS has decided to postpone the Symposium until next year. It was set to take place on 17 June 2020 in Oberkochen. This decision was prompted by planning uncertainty, and was made above all in the interests and for the protection of our guests, speakers and all others involved. The ZEISS Research Award will be presented to Professor Jian-Wei Pan during the 2021 Symposium.

Since 2016, independently of the ZEISS Research Award, the Ernst Abbe Foundation in the Donors’ Association for the Promotion of Sciences and Humanities in Germany has been presenting a research award with a focus on up-and-coming talent: the Carl Zeiss Award for Young Researchers. The award has been allocated prize money totaling 21,000 euros and will be shared equally among three winners, with each receiving 7,000 euros. The winners in 2020 are:

These young talent awards will also be presented at the postponed Symposium in 2021.

For its customers, ZEISS develops, produces and distributes highly innovative solutions for industrial metrology and quality assurance, microscopy solutions for the life sciences and materials research, and medical technology solutions for diagnostics and treatment in ophthalmology and microsurgery. The name ZEISS is also synonymous with the world's leading lithography optics, which are used by the chip industry to manufacture semiconductor components. There is global demand for trendsetting ZEISS brand products such as eyeglass lenses, camera lenses and binoculars.

With a portfolio aligned with future growth areas like digitalization, healthcare and Smart Production and a strong brand, ZEISS is shaping the future of technology and constantly advancing the world of optics and related fields with its solutions. The company's significant, sustainable investments in research and development lay the foundation for the success and continued expansion of ZEISS' technology and market leadership.

With over 31,000 employees, ZEISS is active globally in almost 50 countries with around 60 sales and service companies, 30 production sites and 25 development sites. Founded in 1846 in Jena, the company is headquartered in Oberkochen, Germany. The Carl Zeiss Foundation, one of the largest foundations in Germany committed to the promotion of science, is the sole owner of the holding company, Carl Zeiss AG.