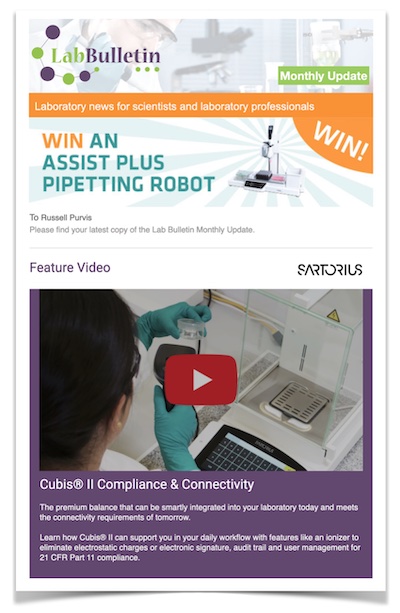 Fluorescence spectroscopy is regarded as a thorough and flexible technique which can be employed to study and characterize unique materials.

Fluorescence spectroscopy is often used in the life sciences as a means of examining cells and understanding the processes taking place within them. Continual breakthrough developments in the instrumentation used for fluorescence spectroscopy, along with the ongoing availability of new fluorescent materials, means that the power and scope of the technique continues to grow.

Fluorescence spectroscopy is a technique that can determine a sample’s photoluminescence, i.e. the light generated by the sample upon excitation of its photons.  Molecules are excited to upper electronic states when they absorb radiation. As the molecule then subsequently decays back to its ground state it releases a photon of a specific energy. The light intensity as a function of its emission wavelengths (emission spectrum) or as a function of its excitation wavelengths (excitation spectrum) gives information about the concentration and nature of the sample.

Some fluorescence spectrometers possess advanced features, which makes it possible to determine time-resolved luminescence. Given that the fluorescence lifetime relies on the molecule studied and on its chemical environment, this presents a broad range of potential applications.

What samples can fluorescence spectroscopy be used to analyse?

Fluorescence spectroscopy can be used to study any type of sample regardless of its state meaning it can be used to study solutions, crystals, powders, thin-films, and so on. The only limitation is that the sample being studied must be luminescent in nature. Some application examples of fluorescence spectroscopy include the study of fluorescent dyes used in bioimaging, both in advanced research and in routine assays, and the identification of nanomaterials.

In order to develop new phosphors, laser gain media, or LEDs, the luminescence of these products have to be fully characterized. Therefore, Researchers in this field exclusively use fluorescence spectrometers.  Most importantly, the spectroscopy of luminescent nanomaterials has witnessed a rapid rise in the last few years, and added to this fact, there is a growing demand for instruments configured for nanotube and quantum dot research.

How is fluorescence spectroscopy used in the production of NIR lasers? strong>

There is a growing need for NIR lasers in the market, and a complete characterization of the gain medium’s emission is one of the first steps towards developing these lasers.

This can be accomplished using a high-resolution fluorescence spectrometer, like the FLS1000. This system can be configured with analogue detectors up to 5.5 μm, or for single photon detection up to 1650 nm, thus making it suitable for these types of analyses.

How are fluorescence dyes and fluorescence spectroscopy used in the life sciences? What are the advantages of using a high-resolution spectrometer for these applications?

Fluorescent dyes are a fundamental tool in the bioscience field. The luminescent properties of the dyes rely on their chemical environment and hence are employed to study the changes occurring in the biological medium.

The basis of Förster resonance energy transfer (FRET) is the fluorescence lifetime measurements of dyes. FRET is a popular technique and is used to characterize the interactions that occur between biomolecules. Usually, the emission of a fluorescent dye decays within a few nanoseconds, and therefore precise and fast detection electronics are required to characterize this emission. FLS1000 is a high-end fluorescence spectrometer that uses time-correlated single photon counting (TCSPC) to give the required temporal resolution.

Going back to bio-imaging applications, specific molecules can be targeted by chemically modifying the dyes and these dyes can be used to image the position of these molecules in a live cell. This can be achieved by connecting the fluorescence spectrometer to a microscope, and hence a sophisticated modular instrument like the FLS1000 is often an advantage.

Fluorescence spectroscopy serves as an excellent tool for the structural characterization of carbon nanotubes (CNTs). The peak emission and excitation wavelengths of semiconducting single-walled nanotubes are in the near-infrared (NIR), and depend on their chirality and diameter.

Obtaining the fluorescence intensity as a function of excitation and emission wavelengths creates an excitation-emission map, which exposes the different types of nanotubes present in the mixture and their relative abundance. Fluorescence spectroscopy is both fast and simple and is generally used to check the purity of CNT dispersions.

How can the fluorescence properties of nanotubes be exploited for use in different applications?

As we covered previously, one of the main applications of nanotubes is in the field of bio-imaging. However, one major downside of bioimaging using conventional fluorescent dyes is that visible light is absorbed by the biological tissue, which may be fluorescent itself, and therefore auto-fluorescence will considerably affect the detection limit of visible dyes. However, this problem can be prevented using CNTs as the probe because their emission is in the NIR, where this background does not exist. In view of this reason, nanotubes are increasingly being used for both in-vitro and in-vivo imaging.

The NIR fluorescence of nanotubes has another feature, where its emission behaviour changes based on the environment of the nanotube. When the nanotube interacts with other molecules, it causes a change in bandgap, and thus a change in the fluorescence spectrum. This behaviour can be exploited to give nanomaterial-based chemical sensors. These sensors are based on changes in the intensity of emission or in the NIR fluorescence spectrum following exposure to specific chemicals.

Can fluorescence spectroscopy be used to analyse other nanomaterials?

For instance, fluorescence spectroscopy can help interpret the electronic structure of a new molecule through fluorescence lifetime studies, or can show the particle size distribution in a quantum dot mixture.

How can the FLS1000 fluorescence spectrometer be used for nanomaterials analysis?

Many nanomaterials are known to have weak emission spectra and hence need a highly sensitive spectrometer to detect them. The FLS1000 spectrometer has excellent sensitivity: it can detect even single photons that are emitted from the sample, reaching the quantum limit of detection.

Another aspect that needs to be considered is that extensive nanomaterial research is being performed on thin films and other similar samples that are highly scattering, and therefore the excitation light can interfere with the measured spectrum. In such cases, a spectrometer with the best possible stray light rejection, such as the FLS1000, will need to be used.

A key feature of the FLS1000 spectrometer is that it can be easily configured to suit the requirements of end users. Based on their specific applications, users may be interested in the steady state fluorescence, time-resolved quantum or fluorescence yield of a nanomaterial. Also, it is easy to configure the instrument for all these measurements. Different types of detectors can also be fitted, for instance NIR detectors can be fitted if the samples are luminescent in this region.

In brief, the modular construction of the instrument offers flexibility to explore different avenues in the coming days, and this is crucial in breakthrough areas like nanoscience where the materials have not been explored much.

How has advances in nanomaterials production impacted fluorescence cell imaging?

There are many standard organic dyes that are not relatively photo-stable and they also tend to degrade and lose their intensity while measuring the sample. Certain materials like nanoparticles are extremely stable, making them advantageous.

Another benefit is that there are many nanomaterials that strongly emit in the NIR, and this is crucial in the case of bio-imaging applications. Given the fact that not many photo-stable NIR-emitting organic dyes are available, the availability of nanomaterials has triggered a great deal of interest in NIR fluorescence microscopy.

What features of the FLS1000 fluorescence spectrometer make it useful for imaging in the life sciences?

The FLS1000 spectrometer provides a fibre launch sample holder that allows easy coupling to a microscope through liquid light guides or optical fibres. This enables users to carry out wide-field excitation and view a large area of the sample through a CCD camera integrated on the microscope.

The emission light guide can also be coupled to the emission monochromator of the instrument to carry out single-photon detection. Point excitation can also be performed with a pulsed laser and the microscope stage can be easily scanned. This option together with the TCSPC electronics enables users to carry out fluorescence lifetime imaging microscopy (FLIM) experiments.

A major advantage of the FLS1000 spectrometer over other commercially available fluorescence microscopy systems is that it can be easily configured with several detectors in various spectral regions, and switching detectors is also made easy by as it only takes one click in the software. Hence, the same instrument can be used to study visible as well as NIR-emitting dyes.

Why, in your opinion is the FLS1000 a good choice for use in any fluorescence spectroscopy application?

The main feature of the FLS1000 spectrometer is its excellent flexibility: for instance, it can be configured to suit any type of experiment through a choice of monochromators, sources, detectors, and sample holders.

Cryostats, plate readers and microscopes are advanced accessories that can be easily integrated; even third-party lasers can also be integrated. Due to this flexibility, upgrades can be made easily. All these features make FLS1000 the preferred instrument for various advanced fluorescence researches, whether it is in physics, biology, chemistry or material science.