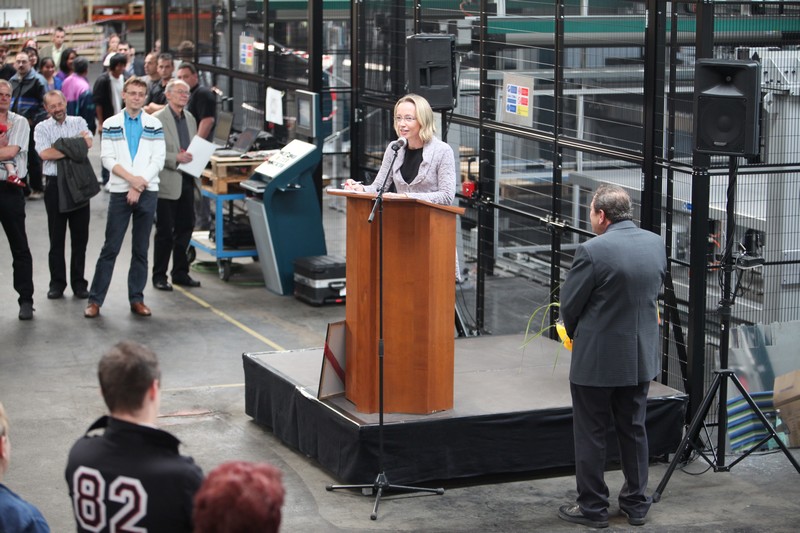 According to Spectaris, the German professional association for analysis, biological and laboratory technology, the turnover of German companies in this sector fell by some 8% in the crisis year of 2009 compared to the year before. Countering this trend, Memmert was able to hold its turnover at about the same level. In August 2010, growth figures are already in double digits compared to the previous year's turnover, putting Memmert on a healthy growth course. During the official start-up of the new punching and bending line, managing director Christiane Riefler-Karpa made clear that the successful company policy of the past will be continued. The company's leading position in the technological development of temperature control appliances will be defended and the market leadership in energy efficient cooled incubators and climate chambers with Peltier technology will be further extended. Instead of concentrating on volume and having to make compromises in quality and fittings as seen in our competitors, we will now be able to implement individual customer requests during production on absolutely competitive terms and, not least, in a very short time.

3 million € were invested in the new Salvagnini processing line for punching and bending sheet metal. With a total length of 36 metres, this is the largest and most modern installation of its kind in Europe. This project goes hand in hand with other large-scale investment projects already completed, such as a new appliance testing centre and represents a central factor in Memmert's competitiveness. It secures 160 jobs in Germany, with increasingly optimistic employment prospects. 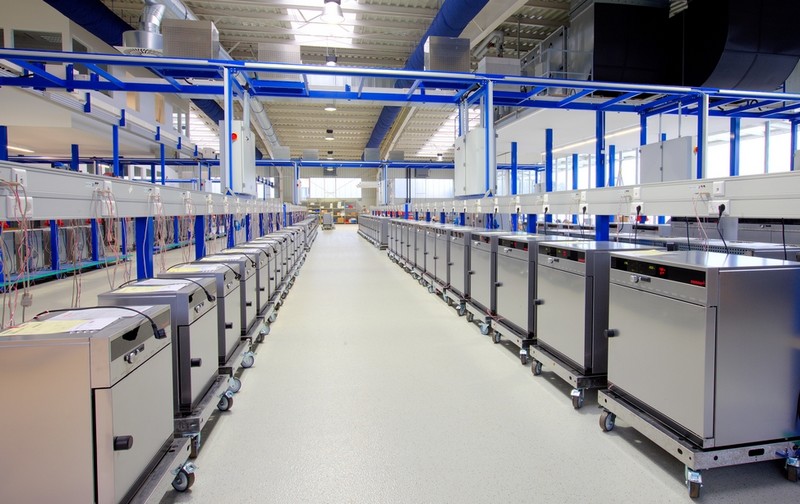 The new processing line is the culmination of a 2-year in-house project. In cooperation with the Fraunhofer Institut for Production Technology and Automation in Stuttgart, Germany, production was restructured with the aim of being able to react more quickly to requests for customised appliance fittings, to quickly introduce as many innovations as possible in series production and, above all, to deliver considerably quicker than in the past.

In the future, sheet metal parts can be produced 60 to 80% faster, with as much flexibility as possible at the same time. Since the new system can work profitably even with just a single unit, special requests can be integrated without any problems and without changes to the production sequence. In addition, there are economic advantages of savings in logistics and space as well as 50% less cut-off. "The optimum use of valuable raw materials thus makes a significant contribution in reducing our carbon footprint", says Christiane Riefler-Karpa in view of Memmert's emphasis on energy saving products and manufacturing processes.