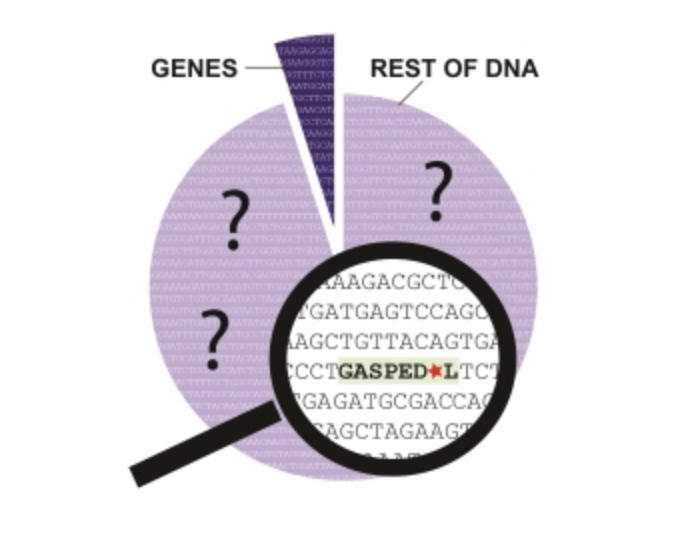 The DNA of two people differs in millions of places. But which of those variants also have an actual effect on how our bodies function?

Researchers from the Netherlands Cancer Institute have developed a technique that allows them to see which changes in the genetic code affect the activity of genes and, therefore, how we function. They publish their findings in the Nature Genetics journal on June 28th. “We can now learn a lot more from all those genomes that are currently being sequenced.”

It is becoming easier and cheaper to read the code from human DNA. In that code, we can see, for example, that the DNA of two people differs from each other in as many as 4 million places. But what can we actually do with that information? Small DNA changes do not always have an effect on the functioning of cells, and therefore on us.

Moreover, we only know the function of a small part of our DNA. “Researchers and doctors mainly use the information of only 5 per cent of the DNA code: our genes,” says researcher Joris van Arensbergen of the Netherlands Cancer Institute. “We don't understand much of how the rest of the DNA works.” We now know that the 95 per cent of our DNA that does not consist of genes has all kinds of functions. “It contains many DNA elements that can switch genes on or off. The accelerators and brakes of the DNA, so to speak,” says Van Arensbergen. “Many of the mutations found in cancer are also located in this part of the DNA. But because it is still unclear where the accelerators are located and how they do their work, we also do not know what DNA code changes can affect them.”

Researchers from the Netherlands Cancer Institute can now study this. Van Arensbergen and colleagues developed a technique that shows how DNA variations affect the activity of gene accelerators. It works something like this: you cut the DNA of a cell into small pieces, label those DNA pieces with a unique barcode and put them in another cell. Then, using the barcode, you can measure how active the built-in pieces of DNA are. By comparing the entire DNA of 4 people, the researchers were able to measure which variants in the DNA influence the gene accelerators and which do not. For that, they had to analyze 2.5 billion cut-up DNA pieces. Of the roughly 6 million genetic variants they investigated, 30,000 had an effect on the accelerators. The researchers publish their results in the Nature Genetics journal on June 28th.

“Previous methods could only test a very small part of all variants in the DNA,” says professor of chromosome biology Bas van Steensel. “Our new method is about a hundred times more powerful, and the resolution is much higher than that of the large-scale genetic studies with which researchers often study the effect of genetic variation, the genome-wide association studies.” Just like with a grainy photo, you can't see the details when you zoom in on those big studies. The new technology of the NKI, on the other hand, can measure the effect of every changed letter in the DNA.

To unravel which DNA-variants influence human traits, the researchers combine their new technique with information from genome-wide association studies. Van Arensbergen: “For example, a DNA-variant that improves a DNA accelerator in our research appears to be in a region that in large genetic studies has a link with the number of red blood cells in the blood. You can also look for such links for the risk of certain types of cancer.” In short, you can use it endlessly to explore interesting things, from the genetic background of all kinds of diseases to differences between agricultural crops. Van Arensbergen, therefore, started the company Gen-X, which, for example, identifies DNA accelerators for gene therapy companies to use for their new therapies. Gen-X also collaborates with academic institutions, for example, to investigate the genetic background of diabetes.