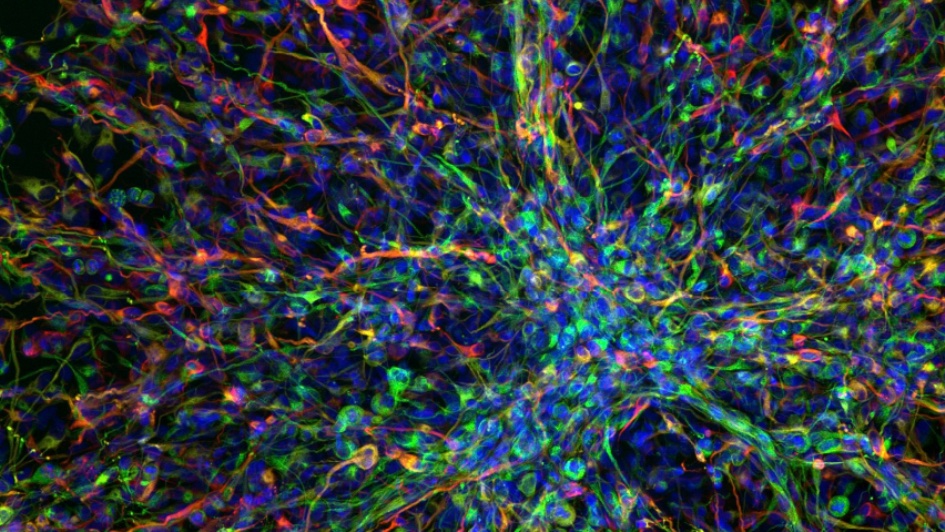 Scientists used artificial intelligence-enhanced tools to successfully propose a new combination of drugs for use against an incurable childhood brain cancer.

The approach, which is designed to expand researchers’ capabilities using AI, allowed the scientists to explore ideas on how to target children with diffuse intrinsic pontine glioma (DIPG) who have mutations in a gene called ACVR1.

The scientists found that using a drug called everolimus alongside a drug called vandetanib could enhance vandetanib's capacity to pass through the blood-brain barrier in order to treat the cancer. The proposed combination has proved effective when tested in mice and has already been tested in a small cohort of children.

The study, led by scientists at The Institute of Cancer Research, London, and The Royal Marsden NHS Foundation Trust, is an example of how use of an AI-augmented approach can open up new doors for cancer treatment by spotting new ways of combining existing medicines.

The research is published in the journal Cancer Discovery today (Thursday), and was funded by Brain Research UK, the DIPG Collaborative, Children with Cancer UK, Abbie’s Army, Lucas’ Legacy, The Lyla Nsouli Foundation, Cancer Research UK, and a George and the Giant Pledge donation to The Royal Marsden Cancer Charity.

The initial hypothesis for the study came from BenevolentAI – a company that has built a leading artificial intelligence (AI) drug discovery platform and its own in-house pipeline of drug discovery programmes. Researchers at The Institute of Cancer Research (ICR) worked closely with experts at BenevolentAI to make use of the platform’s capabilities.

A quarter of children with DIPG have a mutation in a gene known as ACVR1, but there is currently no treatment targeting this mutation approved for use in DIPG.

The targeted drug vandetanib, which is approved for treating thyroid cancer, acts against the ACVR1 gene, but has difficulty getting past the blood brain barrier. It is pushed back out of the brain, meaning it cannot build up to a high enough concentration in the brain to have a therapeutic effect.

The researchers used BenevolentAI’s platform to identify drugs that could be used to target ACVR1 mutations in DIPG and suggested combining vandetanib with another drug, everolimus, which prevents vandetanib from being ejected from the brain.

The process involved scientific experts searching BenevolentAI’s biomedical knowledge graph using computational tools. The knowledge graph contains all publicly available biomedical data - as well as further information that BenevolentAI's machine learning system has ingested and 'read' from scientific articles. Computational tools allowed scientists to explore the information in the graph and uncover insights they would not have been able to find using human reasoning alone.

A team led by scientists at the ICR showed that combining the two drugs increased the amount of vandetanib in the brains of mice with DIPG by 56 per cent. The researchers also found that the treatment extended survival in mice by 14 per cent compared with those receiving a control treatment.

The drugs identified in the study, vandetanib and everolimus, are already approved to treat other types of cancer by NICE, the European Medical Association (EMA) and the US Food and Drug Administration (FDA), and could be repurposed for use in combination to treat children with DIPG and an ACVR1 mutation.

In the study, doctors also carried out initial tests of the drug combination in four DIPG patients.

The next step will be for the drug combination to enter clinical trials, which researchers hope will happen in the near future.

“DIPG is a rare and aggressive childhood brain cancer, and survival rates have not changed over the past 50 years, so we desperately need to find new treatments for this disease.

“Our study demonstrates just how much AI can bring to drug discovery for cancers like DIPG, in proposing new treatment combinations that would not have been obvious to people.

“The AI system suggested using a combination of two existing drugs to treat some children with DIPG – one to target the ACVR1 mutation, and the other to sneak the first past the blood brain barrier. The treatment extended survival when we tested it in a mouse model, and we have already started testing it out in a small number of children.

“We still need a full-scale clinical trial to assess whether the treatment can benefit children, but we’ve moved to this stage much more quickly than would ever have been possible without the help of AI.”

“Close collaboration between scientists at the ICR and clinicians at The Royal Marsden made possible this bench-to-bedside approach. The clinical results are too preliminary as to draw firm conclusions, but we are working to take this combination forward in a clinical trial for children with ACVR1-mutant DIPG.”

“The use of AI promises to have a transformative effect on drug discovery, by identifying the most promising drug targets, understanding the structures of proteins from their amino acid sequence, or as here, proposing ways of combining existing drugs together to create powerful new combinations.

“In this study, use of AI has identified a drug combination which appears to have promise as a future treatment for some children with incurable brain cancer. It’s exciting to think that it could become one of the first examples of a treatment proposed by AI going on to benefit patients.”

“We are pleased that our AI-assisted drug repurposing hypothesis for this new combination has shown promising early results. AI-enhanced approaches are already proving their value in expanding researchers’ capabilities to find innovative new treatment approaches - be it through uncovering new therapeutics or repurposing existing ones - not only in DIPG, but also other diseases in the future."

The ICR is a charity and relies on support from partner organisations, funders and the general public. A college of the University of London, it is the UK’s top-ranked academic institution for research quality, and provides postgraduate higher education of international distinction.