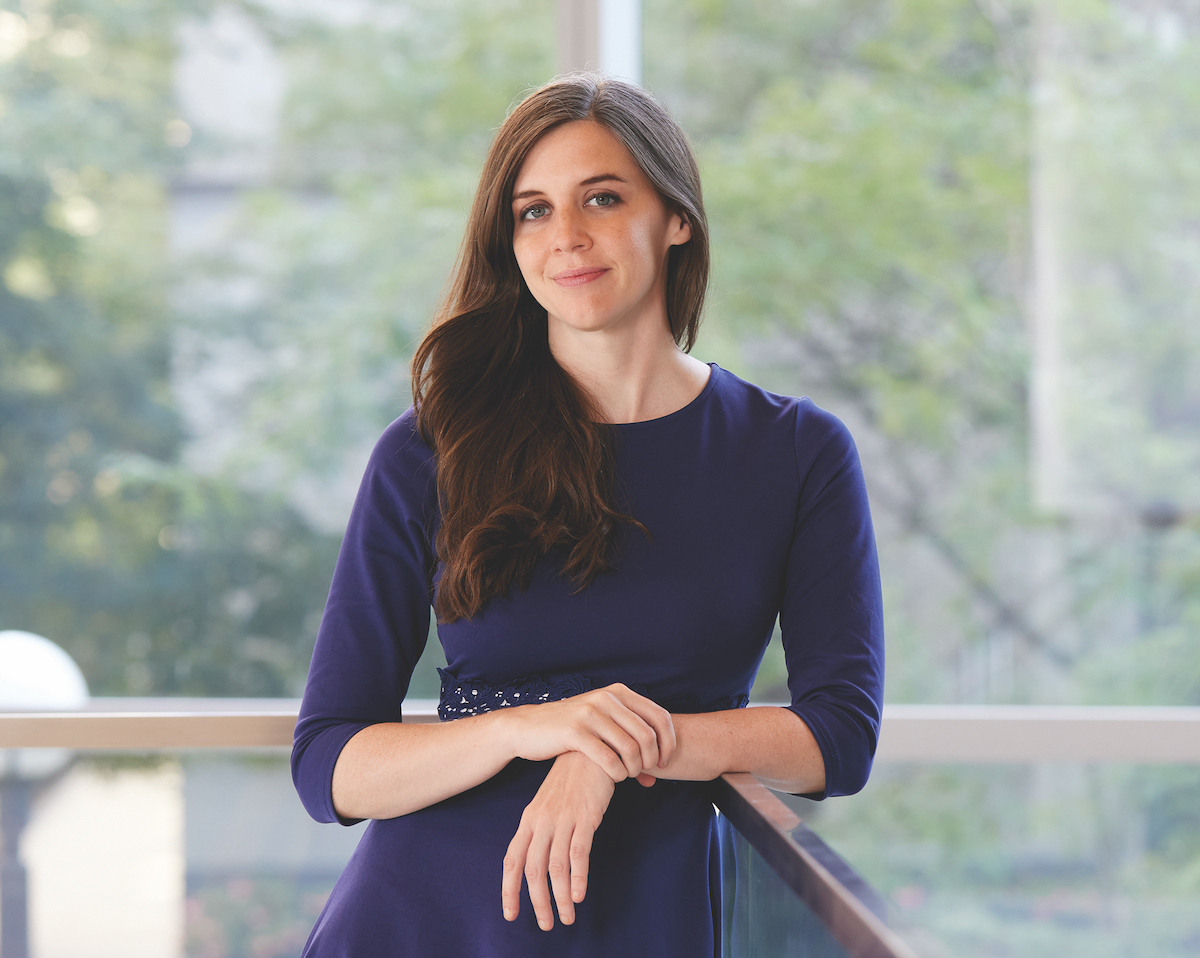 The American scientist Ann Kennedy, Ph.D., Assistant Professor at Northwestern University, Chicago, USA has won the 2022 Eppendorf & Science Prize for Neurobiology for her work on the neural population dynamics that generate and maintain our emotions and behavioral drives. By comparing the activation of neurons in multiple deep brain regions, she identifies differences between them that point to the role each region plays in shaping the drives behind survival behaviors such as fighting or fleeing.

“Brains are not simple input-output machines,” says Kennedy. “We respond differently to the world we encounter depending on feelings like hunger, alertness or anxiety. But how does the brain keep track of these signals, and how do they alter our decisions?”

Kennedy collaborates with experimentalist researchers to characterize the activity of hypothalamic neurons implicated in the control of essential survival behaviors such as aggression, fear and reproduction. While neurons in some hypothalamic nuclei have clear responses to specific behaviors, other regions show only a weak correlation with an animal’s actions. Kennedy showed how the complex responses of individual neurons give rise at the population level to a graded signal that persists over time and escalates in intensity with an animal’s level of aggression. She also demonstrated the role of this persistent activity in helping to keep animals on their guard following exposure to a predator threat. This work helps us understand how our emotional states arise from the activity of groups of neurons and how they influence our actions.

“I am honored to have been recognized by Eppendorf and Science, and grateful to my postdoctoral mentor, David J. Anderson, Ph.D., for fostering this work in his lab,” says Kennedy. “This has been such an exciting project, and it’s wonderful to be able to share it with a broader audience.”

“Ann Kennedy described in a coherent and accessible essay how neuronal activity in the hypothalamus modulates aggression depending on the overall situation an animal finds itself in,” explained Dr. Peter Stern, Senior Editor at the journal Science and Chairman of the Prize Jury. “Her research gives us profound insights how the intricate interaction between specific neurons in specific nuclei can fine tune animal behavior.”

“Since 2002 Eppendorf has partnered with the prestigious journal Science to create what the Prize has become today, one of the leading awards for young scientists in neurobiological research,” stated Eva van Pelt, Co-CEO of Eppendorf SE. “Congratulations to Ann Kennedy on her fantastic achievement in winning this year’s prize.”

In addition to a Grand Prize Winner, Kevin Guttenplan, Ph.D., a postdoctoral fellow at Oregon Health & Science University, Portland, USA, and Filipa Cardoso, Ph.D., a scientist at LIMM Therapeutics SA, a biopharmaceutical company headquartered in Cantanhede, Portugal, were selected as finalists. Guttenplan studies the role of astrocytes in diseases and injuries of the nervous system. Cardoso worked on how adipose tissue and the nervous system communicate to regulate key metabolic responses and how this impacts immune cell function as well.

About the Eppendorf & Science Prize for Neurobiology

The annual Eppendorf & Science Prize for Neurobiology honors early-career scientists, like Ann Kennedy, Ph.D., for their ground-breaking research. Ann Kennedy is the 21st recipient of this international prize which is awarded jointly by Eppendorf and the journal Science. Researchers who are 35 years of age or younger and have made outstanding contributions to neurobiological research based on methods of molecular and cell biology are invited to apply. The winner is awarded US$ 25,000 and has his or her essay published in Science. The next deadline for applications is June 15, 2023.

Eppendorf products are most broadly used in academic and commercial research laboratories, e.g., in companies from the pharmaceutical and biotechnological as well as the chemical and food industries. They are also aimed at clinical and environmental analysis laboratories, forensics, and at industrial laboratories performing process analysis, production, and quality assurance.

Eppendorf was founded in Hamburg, Germany in 1945 and has about 5,000 employees worldwide. The company has subsidiaries in 26 countries and is represented in all other markets by distributors.