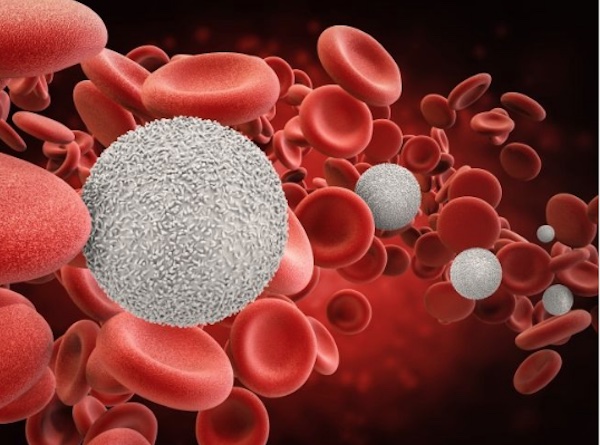 InSilicoTrials has been innovating the healthcare sector for some years now, helping pharmaceutical companies reduce the time and cost of drug development using modeling & simulation. The release of two new products for oncology that have no equals on the market – PCa GnRH Agonists Simulator and CTx NeutroSim – is going to accelerate the growth of this startup with offices in Italy, USA and the Netherlands.

Counting on an international team of life sciences and IT experts, InSilicoTrials has found a unique way to leverage modeling & simulation, making this very complex and expensive technology easy to use and extremely cost-effective for the benefit of the healthcare industry.

PCa GnRH Agonists Simulator and CTx NeutroSim – both developed by InSilicoTrials in collaboration with the University of Navarra (Spain) – are simulation tools that can be accessed on a cloud-based platform and have the potential to innovate clinical trials for oncology patients.

PCa GnRH Agonists Simulator is based on a semi-mechanistic pharmacokinetic/pharmacodynamic computational model which describes the process of testosterone suppression by a GnRH agonist treatment in prostate cancer patients. The computational model has been calibrated on data obtained from triptorelin and leuprorelin clinical trials and it can be easily applied to any GnRH agonists. PCa GnRH Agonists Simulator enables simulations of clinical trials on a virtual population of prostate cancer patients being treated with a GnRH agonist. The tool can be used to explore different trial design scenarios in terms of GnRH agonists pharmacokinetic and pharmacodynamic properties, single and multiple dosing, administration route, formulation type, virtual population size as well as testosterone castration limit. PCa GnRH Agonists Simulator enables to set up and run in silico clinical trials in a user-friendly way by using a step-by-step integrated workflow that can be applied to a known GnRH agonist selected from the library or to a custom compound.

CTx NeutroSim, or chemotherapy-induced neutropenia simulator, enables simulations of clinical trials on a virtual population of cancer patients being treated with a chemotherapeutic drug. The tool is based on a semi-mechanistic pharmacokinetic/pharmacodynamic computational model which describes neutropenic effects following the administration of a chemotherapeutic agent. It has been calibrated on data obtained from diflomotecan clinical trials and demonstrated its ability in describing neutropenic effects after very different dosing schedules of diflomotecan given either by intravenous infusion or oral administration. CTx NeutroSim can be used to explore different clinical trial design scenarios in terms of drug pharmacokinetic and pharmacodynamic properties, single and multiple dosing, administration route, as well as virtual population. It can also be used as Synthetic Control Arm to compare the molecule under development with the molecules already available on the market.

"After the launch of InSilicoCARDIO last October, we are excited to release the first two products of InSilicoONCO, our series of simulation tools dedicated to oncology”, says Luca Emili, CEO and Founder of InSilicoTrials. “Our huge network of top universities, that provide us with the best computational models for healthcare, our expertise in life science R&D as well as IT/SaaS development, and our consolidated relations with regulatory agencies such as FDA and EMA are the best guarantee for pharmaceutical companies and CROs willing to innovate their R&D process with our support”.

InSilicoTrials is an emerging startup founded in 2018 by a team of life sciences, cybersecurity, and digital innovation experts, which aims to revolutionize the Healthcare sector thanks to an innovative digital simulation platform. Today, the very long and expensive development, as well as the subsequent registration/certification

processes for new drugs and medical devices, are becoming unsustainable, especially for SMEs. Modeling and simulation can reduce these costs up to 50% and greatly accelerate the go-to-market of new products, allowing

companies to exploit patents for a longer period. Regulatory agencies are recommending companies to adopt these practices, but many of these lack the high expertise, expensive software, and IT infrastructure, needed to develop and use models. InSilicoTrials solves these problems by selecting and collecting the best models from top researchers around the world and then by integrating them with the solvers in a scalable IT platform, which makes it easier to use validated models without specific computational knowledge, paying only for the used resources. InSilicoTrials is currently working on five projects funded by the European Union: In Silico World, SimCardioTest, Brainteaser, TranSys and Disc4All.