Cal or automatic calibration is a feature that's found in advanced OHAUS balances such as the Explorer and the Adventurer series. Let's explore what this feature means to you.

What does Expansion/Contraction Mean For High Precision Applications?

Literally everything that you come in contact with on a daily basis, be it a solid object, a liquid, or the gases around you, is made up of extraordinarily small particles called atoms. In a solid object, atoms are arranged in a specific way and not allowed to move around too much. However, when a substance is heated, energy is absorbed.This absorbed energy increases the kinetic energy of the atoms that compose it, which in turn causes them to take up more space and the object will expand. Similarly when heat is removed, the kinetic energy stored in the atoms of a given material is decreased, and therefore the material will contract. Expansion and contraction of materials such as metals might seem negligible and without consequence. However, in high precision applications, this can create challenges.

A load cell is an electro-mechanical device in a balance that is responsible for translating the weight or downward force of an object to an electrical signal that can be quantified. A load cell is a metal object that deflects or bends when a load is applied. The total movement of a load cell is very small. A simple strain gauge load cell is shown below in a state with no load, and with a load applied, which causes the load cell to bend or deflect.

Why is Calibration Necessary?

In order to mitigate the effects a changing environment, a balance should be calibrated (or checked against a known mass), and adjusted if needed to produce the most reliable results possible. The way to do this is to simply apply a known mass, and check that the measured value and true (known) value match. While this can be (and sometimes is) done with external weights, there are several disadvantages of this approach:

What is Internal Calibration?

Some balances contain a feature known as Internal Calibration or Internal Adjustment.  This is a mechanism built into the balance that consists of a motor and one or more weights of known mass that are housed within the balance itself.

A user may initiate a process where the internal weight is automatically applied to the load cell and the measured value is checked against an expected value. If these values are different, the balance will adjust itself to produce correct measured values for the given load.

An internal calibration mechanism eliminates the need for the purchase and maintenance of external weights and is typically a much more efficient process than an external adjustment.

Some advanced OHAUS balances, like the Explorer and Adventurer series analytical and precision balances have a feature called AutoCal. AutoCal is an automatic calibration mechanism which utilizes the internal calibration feature, but provides an additional level of intelligence and automation. The balance will monitor itself and automatically trigger an internal calibration and adjustment when a change of temperature is detected or after a given period of time. This is done without user input and is done when the balance is not in use. This guarantees that the balance is adjusted to produce accurate results in the current environment and that the balance is always ready for use and eliminates the need for a user to manually calibrate and adjust the balance. 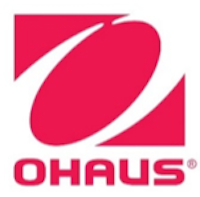 Headquartered in Parsippany, N.J., OHAUS Corporation manufactures an extensive line of weighing products, laboratory equipment and analytical instruments that meet the demands of virtually any weighing or measurement need. The company is a global leader in the laboratory, industrial and education channels as well as a host of specialty markets, including the food preparation, pharmacy and jewelry industries. An ISO 9001:2015 manufacturer, OHAUS products are precise, reliable and affordable, and are backed by industry-leading customer support.