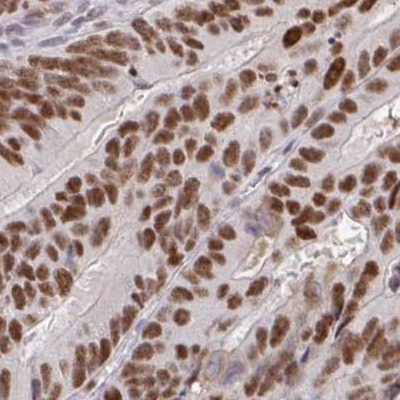 A new Pathology Atlas is launched today with an analysis of all human genes in all major cancers showing the consequence of their corresponding protein levels for overall patient survival. The difference in expression patterns of individual cancers observed in the study strongly reinforces the need for personalized cancer treatment based on precision medicine. In addition, the systems level approach used to construct the Pathology Atlas demonstrates the power of “big data” to change how medical research is performed.

The dream of personalized treatment for cancer patients takes a major step forward today with the launch by Swedish researchers of the Human Pathology Atlas. Published in Science, the Atlas is based on a systems-based analysis of the transcriptome of 17 main cancer types using data from 8,000 patients. In addition, we show a new concept to present patient survival data, called Interactive Survival Scatter plots, and in the atlas, we present more than 400,000 such plots. A national supercomputer center was used to analyze more than 2.5 petabytes of underlying publicly available data from the Cancer Genome Atlas (TCGA) to generate more than 900,000 survival plots describing the consequence of RNA and protein levels on clinical survival. The Pathology Atlas also contains 5 million pathology-based images generated by the Human Protein Atlas consortium.

Professor Mathias Uhlen, Director of the Human Protein Atlas consortium and leader of the Pathology Atlas effort says: “This study differs from earlier cancer investigations, since it is not focused on the mutations in cancers, but the downstream effects of such mutations across all protein-coding genes. We show, for the first time, the influence of the gene expression levels demonstrating the power of “big data” to change how medical research is performed. It also shows the advantage of open access policies in science in which researchers share data with each other to allow integration of huge amounts of data from different sources.”

The Research Article in Science1reports several important findings related to cancer biology and treatment. Firstly, a large fraction of genes is differentially expressed in cancers - and in many cases - has an impact on overall patient survival. The research also showed that gene expression patterns of individual tumors varied considerably, and could exceed the variation observed between different cancer types. Shorter patient survival was generally associated with up-regulation of genes involved in mitosis and cell growth, and down-regulation of genes involved in cellular differentiation. The data allowed the researchers to generate personalized genome-scale metabolic models for cancer patients to identify key genes involved in tumor growth.

The work depends heavily on the supercomputing power available to the HPA consortium through the Science for Life Laboratory (SciLifeLab).  According to Dr Adil Mardinoglu, SciLifeLab Fellow and leader of the systems biology effort in the project: “We are now in possession of incredibly powerful systems biology tools for medical research, allowing, for the first time, genome-wide analysis of individual patients with regards to the consequence of their expression profiles for clinical survival.”

The Pathology Atlas team also looked to demonstrate the utility of the new tool in two particular cancers. “For lung and colorectal cancer, a selection of prognostic genes identified in the Atlas were also analyzed in independent, prospective cancer cohorts using immunohistochemistry to validate the gene expression patterns at the protein level,” says Fredrik Ponten, Professor in Pathology of Uppsala University.” We are pleased to provide a stand-alone open-access resource for cancer researchers worldwide, which we hope will help accelerate their efforts to find the biomarkers needed to develop personalized cancer treatments.”