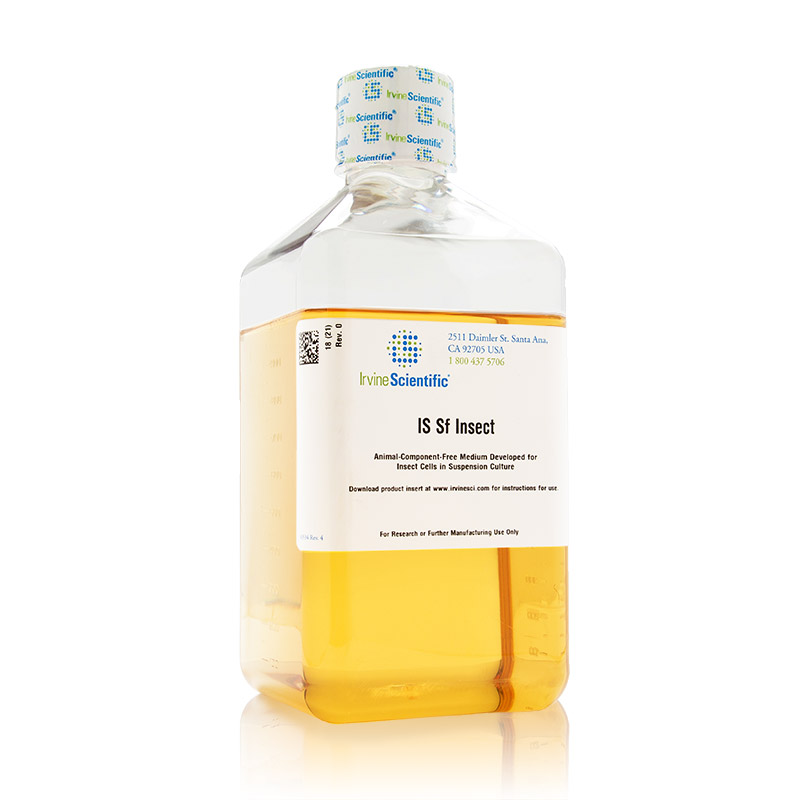 FUJIFILM Irvine Scientific, Inc., a world leader in the optimization and manufacture of cell culture media, announce the introduction of IS Sf Insect medium.

There is increasing interest in using insect cells as production hosts for recombinant proteins and viral vectors. Used in conjunction with the BEVS, insect cells are able to produce large quantities of proteins with complex post-translational modifications in short time-frames. These insect cells readily adapt to high-density culture and this feature, coupled with their high yields, makes these cells ideal for large-scale expression.

Yeast hydrolysate is commonly used as a nutritional supplement in insect cell culture, but there are major concerns about the inconsistent performance of cultures. There can be significant differences in growth and protein production between hydrolysate batches whereas the serum-free, low hydrolysate formula of IS Sf Insect provides less batch variation and more consistent growth and protein yields.

“Insect cell expression systems are appealing because of their suitability for large-scale, high density cell culture, and ability to produce high yields of recombinant proteins and viral vectors. However, the current practice of using undefined serum and high concentrations of hydrolysates as supplements results in significant variability between media lots and production runs. FUJIFILM Irvine Scientific has developed an advanced formula that delivers high viable cell density and production, without the risks and variability of serum and high concentrations of hydrolysates”, said Dr Robert Newman, chief scientific officer at FUJIFILM Irvine Scientific.

IS Sf Insect complete, ready-to-use medium supports high, viable cell density growth and protein yields in baculovirus expression systems at small and large-scale. It is available off-the-shelf or in custom sizes and packaging on request.